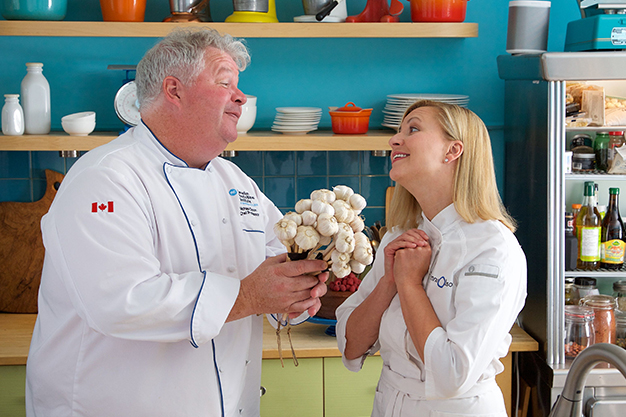 By Brie Jarrett – Dundas, ON

Celebrity Chef Anna Olson is all about connection. It’s entwined in the stories she articulates, that are layered with subtle nuances. She tells the story, for instance, of how she came to be one of the most recognized and celebrated chefs in Canada. “I was really in the right place at the right time,” she says matter-of-factly. True, because when Food Network Canada first launched and was headhunting potential talent, Chef Olson flashed on their radar with, Inn on the Twenty, a book she had co-authored with her husband Chef Michael Olson. This, combined with the local cooking classes that she was teaching, gave her the experience necessary for the network to take a gamble on her— and that gamble paid off. For well over a decade now, she has proven her worth, having hosted ground-breaking shows such as Sugar, Kitchen Equipped, Fresh with Anna Olson and currently, Bake with Anna Olson. This coming year is full of television projects, both new and treasured. In addition, she has authored a plethora of books, several of which are co-authored with her husband, who currently teaches at Niagara College.

However, Olson’s story began long before that. Years ago, based on the recommendation of a friend, her (Professor of Arts) father brought Olson to the quaint town of Jordan, Ontario to view the art displayed at Inn on the Twenty restaurant. However, the only artistry Olson appreciated that day was on a plate. It was fascinating to her that each dish was named after the (local) towns from which the ingredients had been sourced. This hailed back to her culinary schooling days when she became fascinated with chefs like Alice Waters of Chez Panisse in California, who pioneered regional cooking and locally sourced foods. This was in direct contrast to the exotically combined foods piled as high as possible on the plate: a style predominant at that time. Olson loved that Inn on the Twenty was committed to regional cooking, and she had the feeling of “coming home” when she was there, so she applied to become the Inn’s pastry chef. When it was time for the interview, Chef Michael Olson was running late and missed the interview completely. Feeling dejected, Anna was just about to climb into her car, when serendipitously he arrived and called to her from the parking lot. As they say, “the rest is history.” They would go on to become a cohesive team in the kitchen and a few years later they’d find that same symmetry in their personal lives when they married.

After several years as a pastry chef at the Inn, Olson began to feel that something was missing. For her, creating food was also about connection and sharing, as she had experienced in her childhood with her eastern European grandmother during countless hours of cooking and baking. The solitary hours as a pastry chef gave her little connection or feedback from the guests and left her wondering whether people were enjoying or even understanding what she was crafting.

It’s clear that her illustrious career is not based on luck, but rather the six degrees of connection of her inner and outer life. There is definitely more to Olson than meets the eye. “I keep challenging myself because I never want to stop learning,” she says. Asking “how can I make my work a little bit better or easier?” is how she approaches her work. Olson’s calm, collected demeanor and her commitment to using locally sourced foods, has helped many others to gain the confidence and know-how to bake, cook, and dare to take it to the next level. When asked what she loves most about her career, she told us that the connection with her fans is most rewarding.

OLM: What has been the guiding force in your life?

AO: Constantly maintaining respect. In cooking, that means respecting the ingredients and how to treat them, respecting the technique, as well as ultimately respecting the people you are cooking for. But doesn’t that really apply to everything?

OLM: What advice would you give to a novice baker?

AO: First, you don’t need tons of fancy toys. A good cutting board and a good knife are essential. Realize that it takes patience and time. Cooking and baking are skills just like anything else; it doesn’t happen right away. Also, taste what you make! A novice mistake is to bring to the table something you haven’t tasted.

OLM: How can we bring more locally grown foods into our grocery stores?

AO: Research what’s in your area that’s worthy and available and make the effort to source that product. Develop relationships with local growers and markets and ask your local supplier or grocer to bring it in. Insist on it. Realize you do have a choice.

OLM: How do you give back to the community?

AO: It’s good to be mindful that not everyone can make that decision to pay more for locally sourced food. Someone may buy inexpensive food to be able to afford other things and so I am a big supporter of donating to Food Banks. It’s not just about pasta and sauce, but also thinking about the importance of storable vegetables such as onions, potatoes, cabbages and apples, which we all need for good nutrition. Food drives can be held at markets where you can donate baskets of fresh food.
OLM: What is a typical day for you?

AO: There is no typical day and that’s what I love: not having a fixed schedule. Some days I may be recipe testing, making calls, or developing recipes. Every day is different.
OLM: What three things do you need to do every day?

AO: Regular exercise. Michael and I like to walk every morning. It helps clear the head. Two cups of coffee (minimum) in the morning, and a hot bath at night. 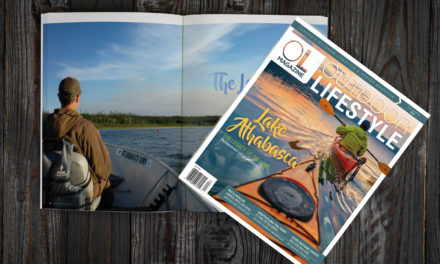 THE LEGACY OF THE LINE – Lake Athabasca 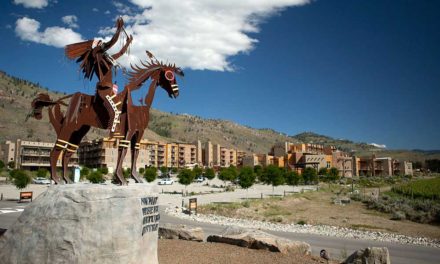 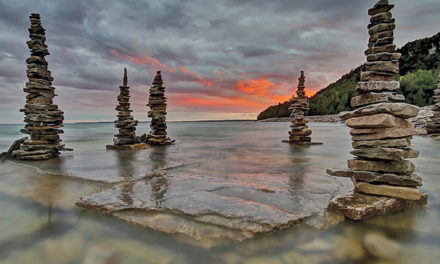